HOW TRUE IS THIS?? Currently, Falz The Actor Has Gained More Ground Than Falz The Rapper (Singer)

Ever since his breakout in Jenifer’s Diary, Falz has been setting boundaries in Nigeria movie industry and he is just getting started.

A twitter user voiced out his opinion about Falz’s current stand in the industry and he believed he has gained more ground in the movie industry than the music industry. 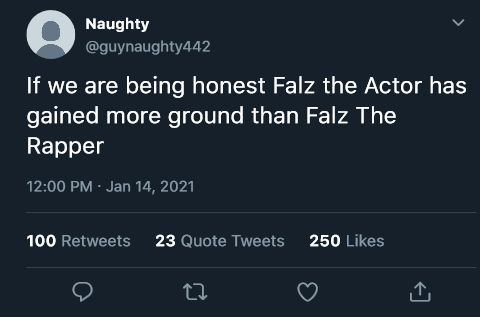 When it comes to having a special talent, we have to mention the name Folarin Falana aka Falz. He’s not just a good singer(rapper) he is also a fatanstic actor.

Many thought he will be restricted to singing, rapping and giving us short comedy skits but now he surely one of the best actor in Nollywood take it or leave it. 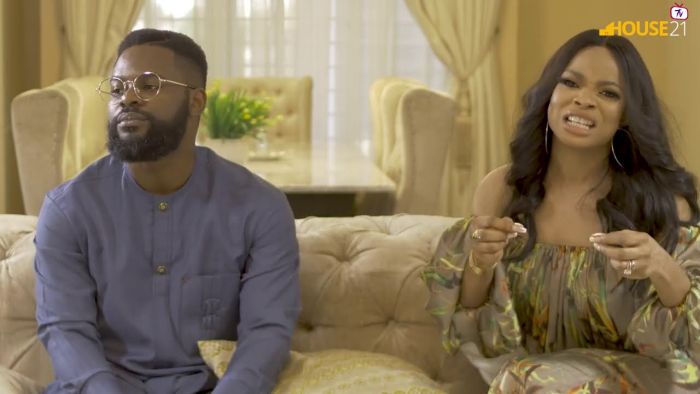 Falz was the first musician in Nigeria to win an award in acting with a supporting role in Jenifer’s Diary. Subsequently he has won more movie awards and many nominations.

With movies like : Quam’s Money, New Money, Chief Daddy, Merry Men… to name a few, Falz the actor is turning to one of the most sorted after actor and the one being anticipated to see in movies. 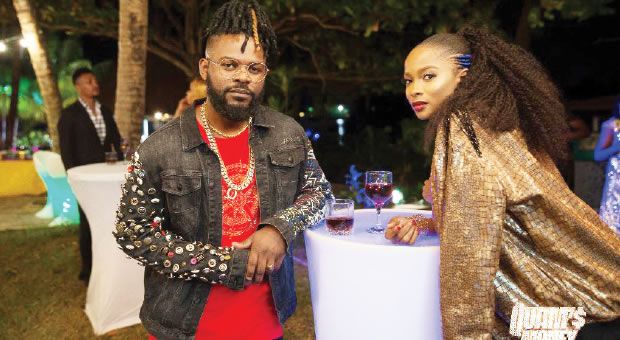 We can’t take his talent away from him as he will forever be a great singer and a rapper. But many fears he is gaining more stand in the movie industry than the music currently, especially with all this new school artistes in the game who are not ready to relent.

Do You Think Falz The Actor Has Gained More Ground Than Falz The Rapper Currently?

Which Do You Still Prefer, Falz The Actor Or Falz The Rapper (Singer)?

Lets hear from you.

Aston Villa Coronavirus Outbreak Is A Warning For...

A Lot Of Child Bullies In School Got...

SHOCKER!! Man Catches His Wife Sleeping With Another...